At the time of writing, the capitalization of the cryptocurrency market is $2,01 billion (after a 16,6% drop). It seems that cryptocurrency adoption has skyrocketed in the last 12 months, jumping over 880%.

How does this apply to our case study?

The rapid pace of cryptocurrency sector development has forced more than one owner of entrepreneurship skills to start a crypto project. Thus dozens of blockchain-based projects are trying their luck by entering the cryptocurrency market in order to offer one more “The best platform to stake and farm crypto”.

So the level of competition is high and won’t get lower anymore. Thus our main aim was to prove to the audience that Waves exchange is not “just one more staking”, but “THE one staking, exactly the one where you need to stake”

The hero of our case is Waves Еxchange – a hybrid crypto assets exchange that allows users to transfer, trade, issue and stake cryptos.

Waves Exchange was established in 2017 and managed to remain one of the most popular “places to stake” on the highly competitive market with 600+ crypto exchanges. Currently, Waves exchange has more than 50,000 users and its 24 hours volume is $2,070,518.71.

Actually, some products of Waves exchange don’t need any promotion, so we are focused on:

Potentially the target audience can include virtually anyone who has cryptocurrency/is thinking about its buying. But we define the main TA of our marketing campaign to be: 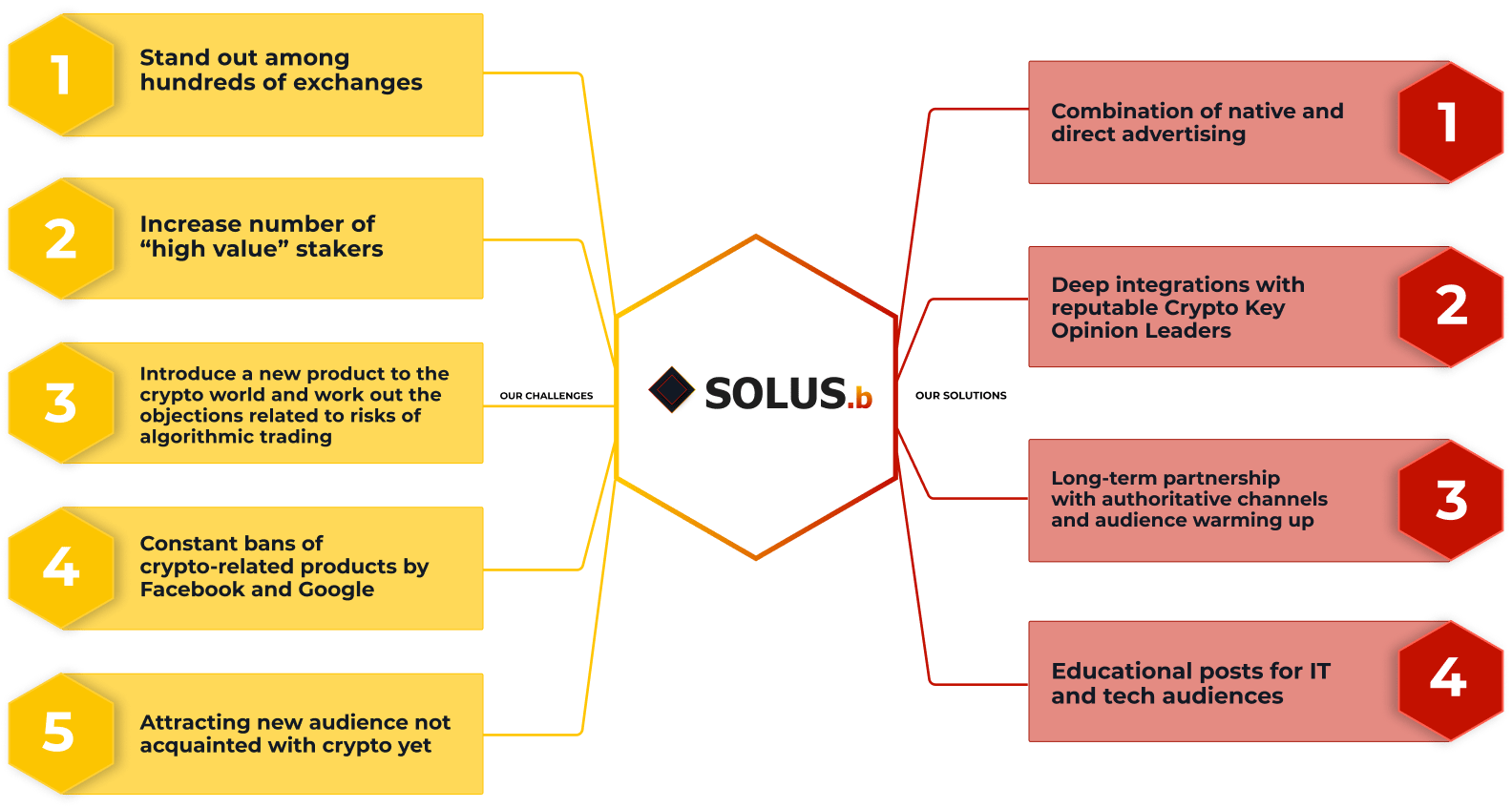 More than 80,000 users according to predefined ICP attracted, with average $2,8 CPU:

How we did it?

Market research and all that stuff

If you are surrounded by competitors, the best you can do is quite a trick: gather all the ads that have been made by your competitors, analyze these, and find a way to do something completely different.

No mystery here: that’s exactly what we did. We discovered how the major crypto exchanges used to promote and…did the opposite.

In fact, it wasn’t even hard — for most of it, projects use the same direct approach in advertising. So yeah, as you’ve probably guessed, native advertising has become our solution. Take a glance below, there are some examples. 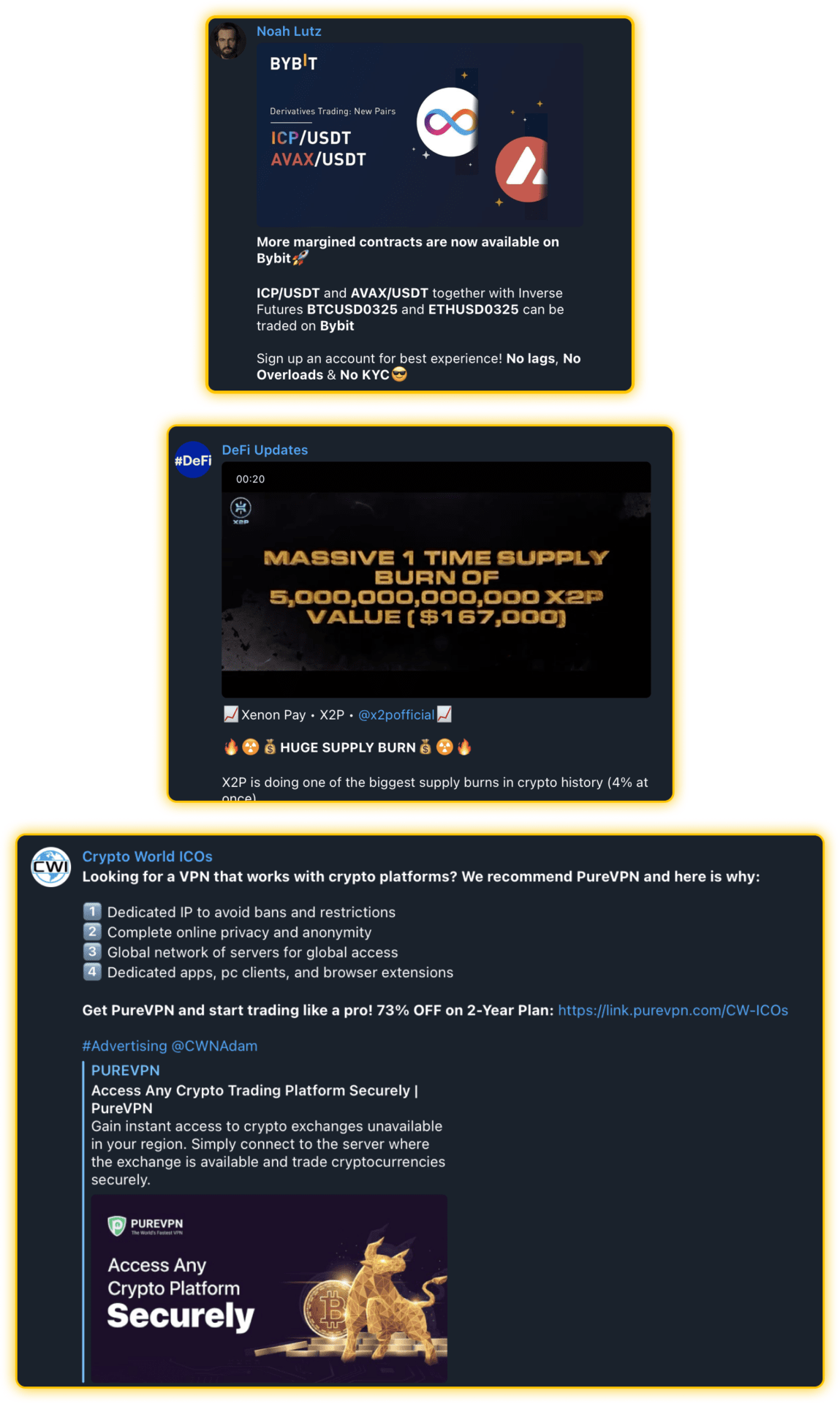 Example of our posts with native approach 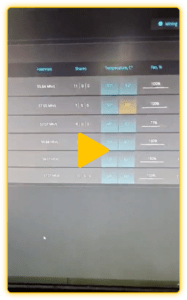 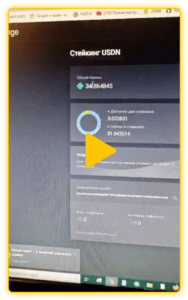 What about the results?

Surely, we spend a lot of resources in order to create native posts in such a way that they look identical to regular content.

But the level of exposure confirmed that we are moving in the right direction.

*The author of the channel deleted all the posts that don’t fit his channel. You can check the advertising post on Telemetr or on the screenshot below

*advertising post that you will never find on Telegram anymore

But it would`t be rational to make consequences based on the single channel, so chat we took 40 posts( 20 native and 20 advertising ) and count number of comments and reposts. 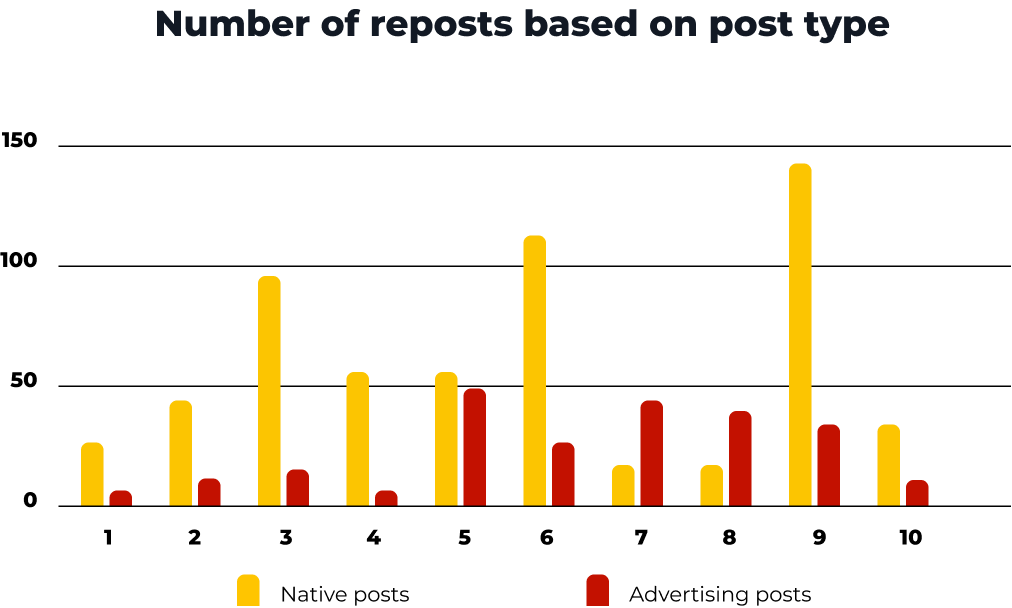 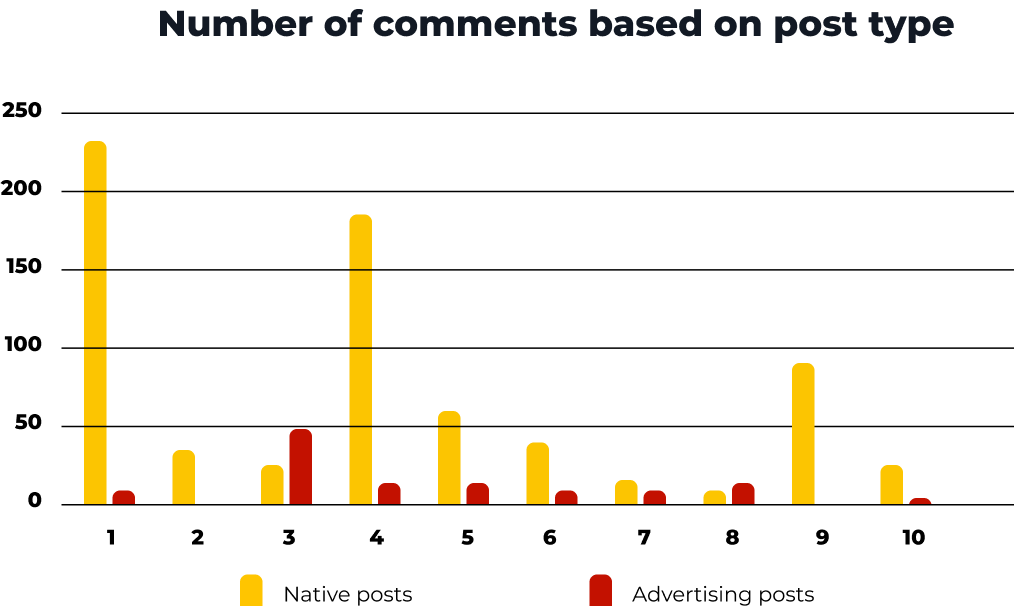 Data is Everything and Everyone is Data

Then we took the next step and talked with the audience. Based on several brainstorms, we defined high net worth individuals and experienced investors to be our most valuable audience.

The question we kept in mind was extremely straightforward: “What do you want to know in order to invest in one more project?” Once we got the results, a huge part of the triggers that we created during brainstorms turned out to be useless.

A huge part, except for trust in the form of a human to human and….profitability for sure

Then we aggregated all the data from peer-to-peer communication, previous Waves exchange stats, and stats based on today’s market trends and described a few most targeted segments as detailed as possible.

It leads us to several hypotheses:

Repeated posts on channels/groups with an excellent level of trust. Both Telegram and YouTube.

In the very beginning, we launched a test media plan in order to find those influencers, who both reflect the values of the projects and show good performance.

Then we dived into analytics and chose a few influencers with which we are going to establish long-term collaborations.

How efficient is it to show the same project to the same audience several times?
Let’s look at the example.

Meet Roman Tomera, one of the most popular YouTube vloggers, author of Telegram channel and skillful cryptocurrency investor. 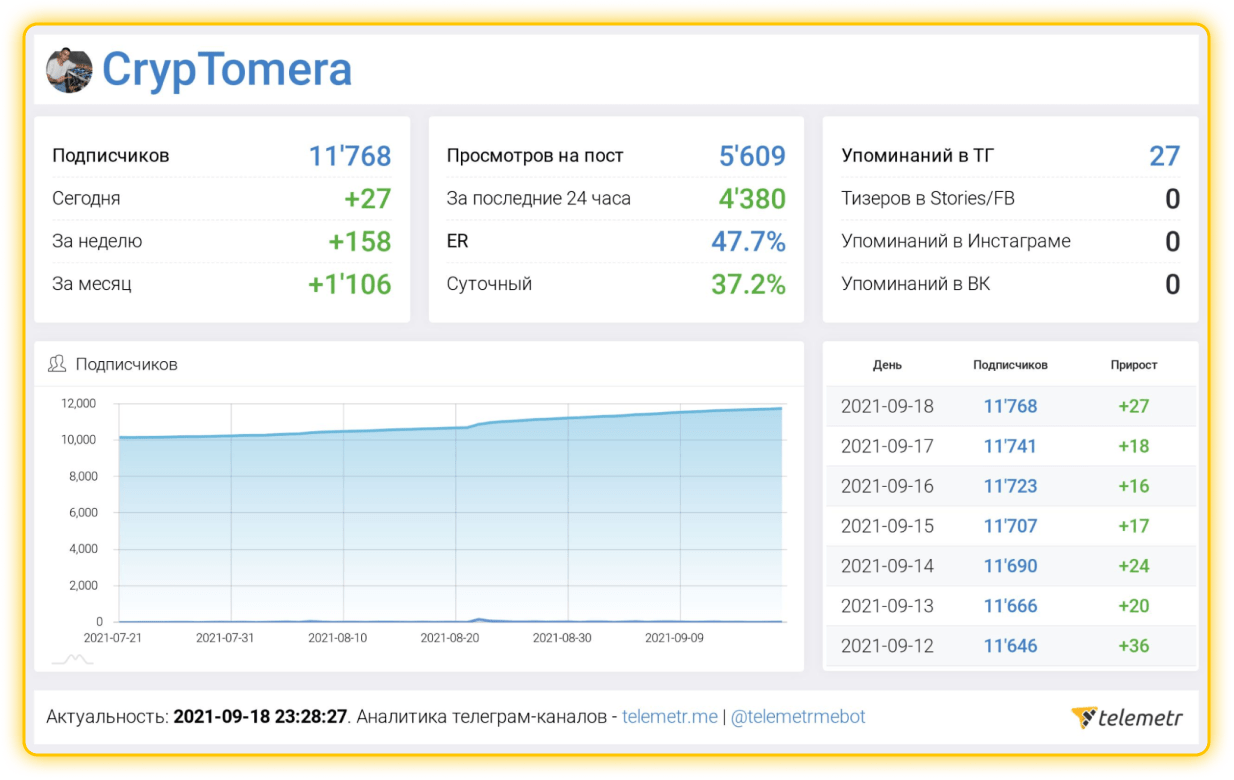 Then after checking the conversion rate from the first publications we decide to repeat, and then again and again. Thus Roman Tomera invested both in LP and Lambo staking his own assets and had already posted 15+ publications about Waves Exchange while showing the real dynamic of his fund’s growth.

What about the results here?

While analyzing metrics, we discovered that each subsequent post attracted more attention and aroused more interest, which was numerically expressed in ER rate and number of reposts.

But the number of first clicks decreased with the release of each subsequent post (that is quite reasoned), while we were observing an increase of staking value by last click all the time.

If you have ever faced setting up a Facebook advertising campaign for a crypto-related project, you know how disappointing banned ads could be.

In order to avoid bans, we developed a separate landing page and used it as the main destination.

Educational posts about cryptocurrencies for the IT audience

Crypto’s audience is limited and no matter how efficient your advertising campaign will be, you really limit the borders of the project’s influence. Especially, if your project is really known among the crypto audience even without advertising.

Based on previous cases, we’ve already known how perspective could be interaction with the IT audience.

So we decide to grow a new generation of cryptocurrency believers that are going to consider Waves exchange to be the best intro point to the crypto space.

As we’ve already mentioned, we weren’t aimed to target “crypto hamsters” and retail investors. Considering our main target, we could not allow ourselves to make clickbait posts with promises to earn $100 in one second.

We were aiming to interact with the audience that might express willingness to join the project only after receiving a clear understanding of its algorithms, risks, profits, benefits, etc.

Thus we made a deep dive into the Waves exchange manifestation in order to create pieces of content with real value.

How to present a new crypto product when hundreds of them appear every day?

The important note: during our collaboration with Waves.Exchange, they released a new product called Lambo investments. The main feature here was that the balance of risk-profit was compelling: 10% to 63,7%. Yes, incredibly unique. And you know the story – once something unique pops up, many people tend to get cautious. 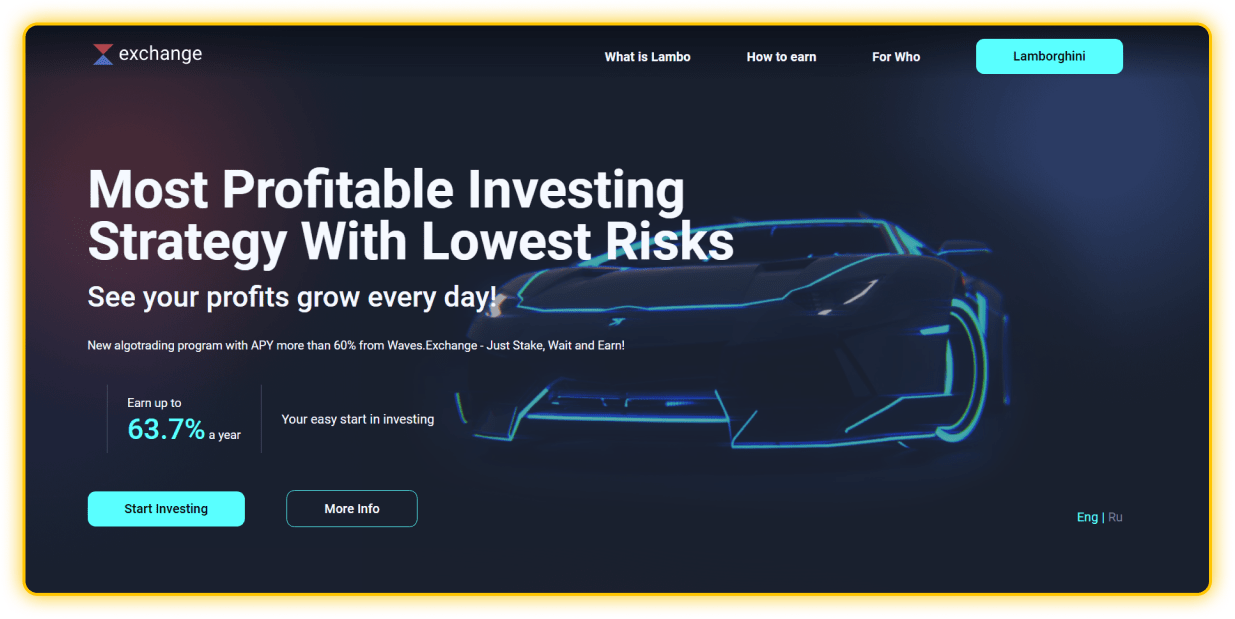 At first, our goal was to work out all the triggers and pains in order to present this product properly and convince the audience that the product is not some empty-promising bubble.

So, what do we recommend?

Our collaboration with Waves is quite far from the ending, so we never cease brainstorming and forging new ideas. Here are some of our next steps:

Insight: We’ve always admired the native approach. However, in this case, we used it to break away from competitors. But, surprise! Suddenly, it worked in a completely new way for us – it brought us an outcome we didn’t expect. If some channel not only posts something about the staking, but the author of this channel really invests in the product and updates his achievements – such an approach works exclusively well.

“We supposed that it’s grueling to establish contact with our target audience. Our opinion has not changed 🙂 But this fact did not become a problem for the Solus team
You can check out full review from Waves exchange on Clutch.

Book an expert session
Back to Blog

Articles That May Interest You

This is not the case that we would like to demonstrate on the... 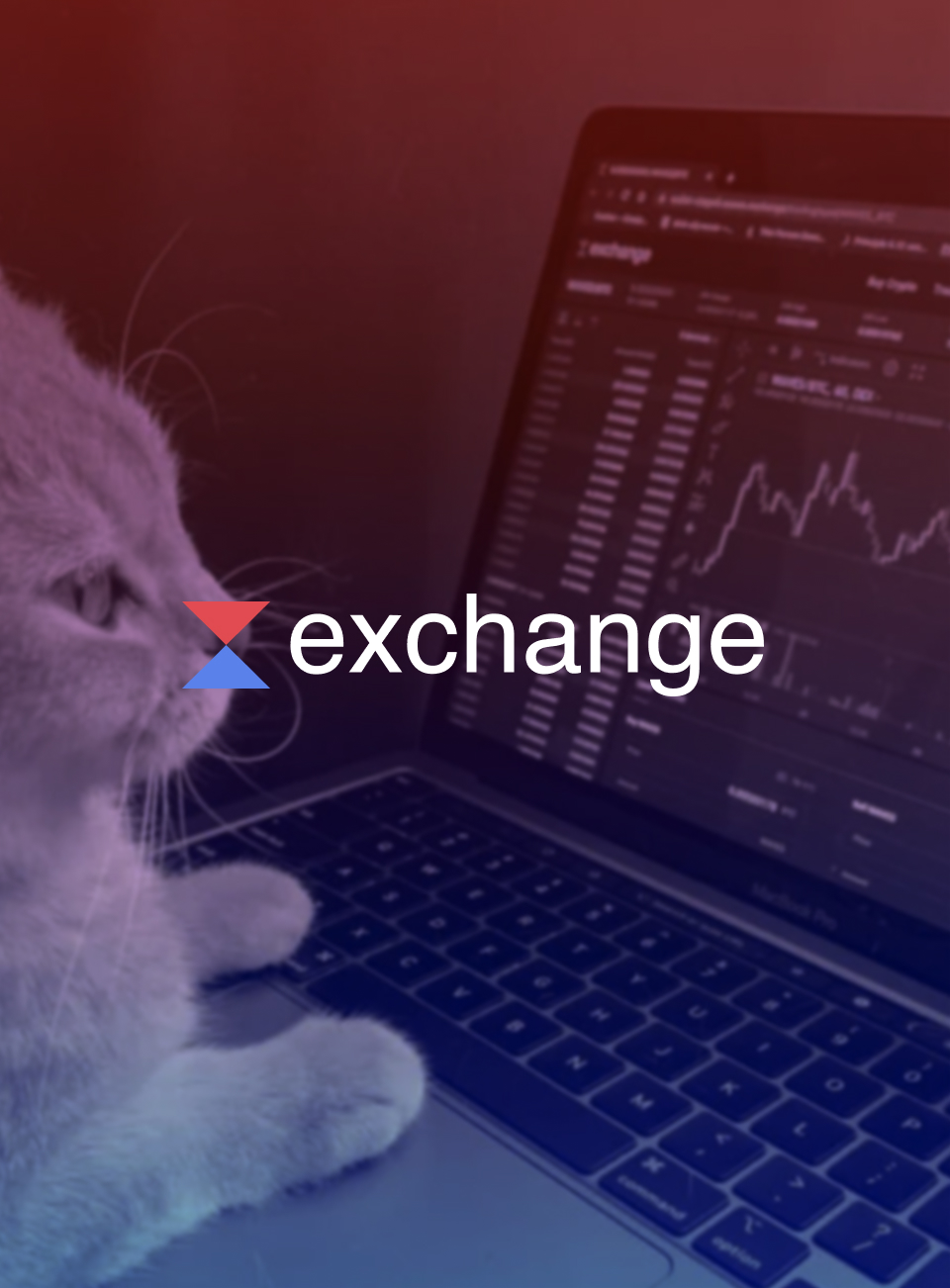 At the time of writing, the capitalization of the cryptocurrency market is $2,01... 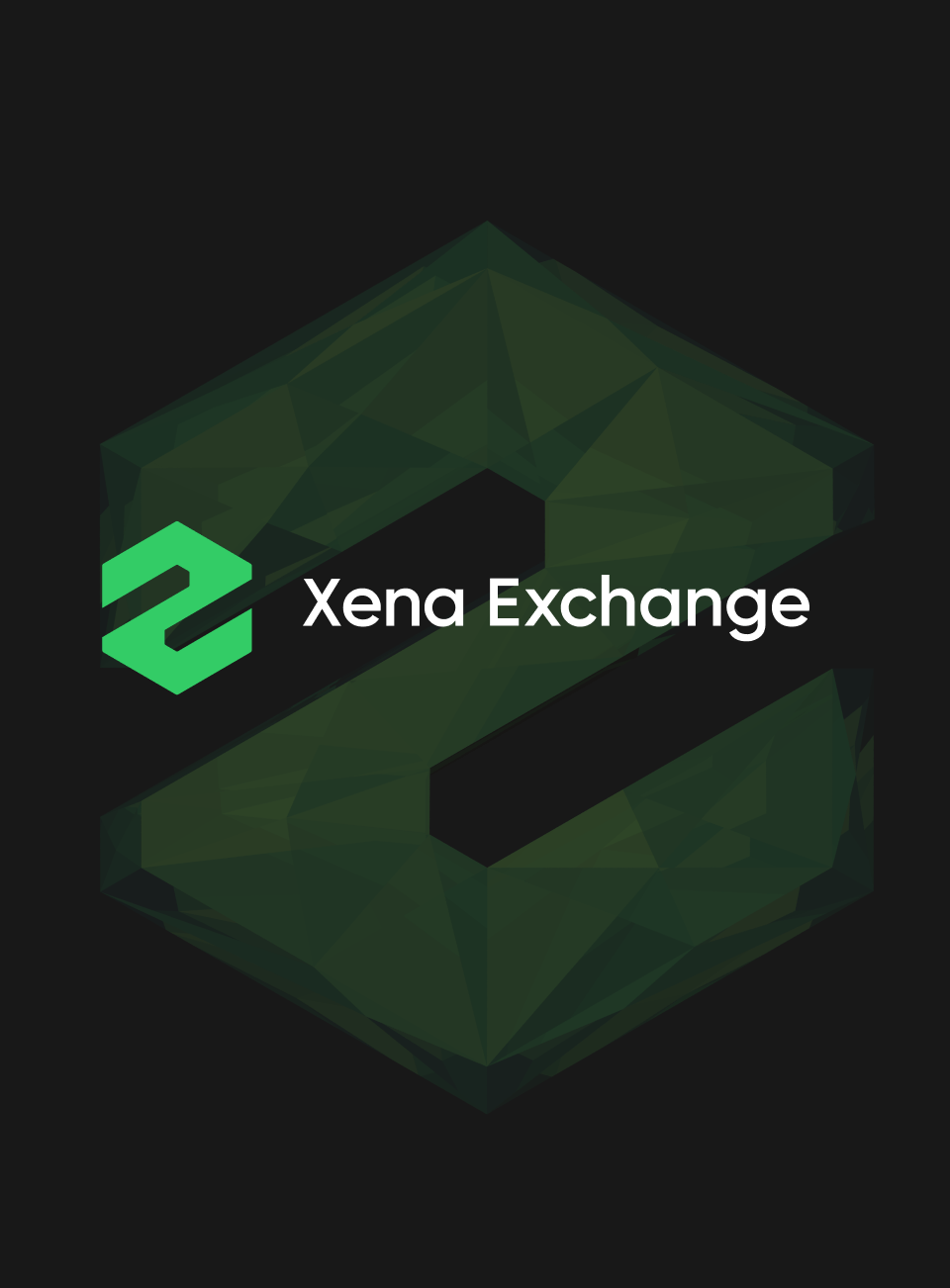 How to attract hedge funds and trading desks to a derivatives exchange, or B2B hard core

We all like cases with millions of leads per day with $100 budget....

How To Work With Influencers In the Blockchain Field

Get a ready-to-set check-list to find investors for your blockchain startup in 1 month!

Get a ready-to-set check-list to
find investors for
your blockchain startup in 1 month!

We use only functional and analytical cookies to maximize the efficiency of your website journey.
DisabledAllow
Manage consent

This website uses cookies to improve your experience while you navigate through the website. Out of these, the cookies that are categorized as necessary are stored on your browser as they are essential for the working of basic functionalities of the website. We also use third-party cookies that help us analyze and understand how you use this website. These cookies will be stored in your browser only with your consent. You also have the option to opt-out of these cookies. But opting out of some of these cookies may affect your browsing experience.
Necessary Always Enabled
Necessary cookies are absolutely essential for the website to function properly. These cookies ensure basic functionalities and security features of the website, anonymously.
Functional
Functional cookies help to perform certain functionalities like sharing the content of the website on social media platforms, collect feedbacks, and other third-party features.
Performance
Performance cookies are used to understand and analyze the key performance indexes of the website which helps in delivering a better user experience for the visitors.
Analytics
Analytical cookies are used to understand how visitors interact with the website. These cookies help provide information on metrics the number of visitors, bounce rate, traffic source, etc.
Advertisement
Advertisement cookies are used to provide visitors with relevant ads and marketing campaigns. These cookies track visitors across websites and collect information to provide customized ads.
Others
Other uncategorized cookies are those that are being analyzed and have not been classified into a category as yet.
SAVE & ACCEPT